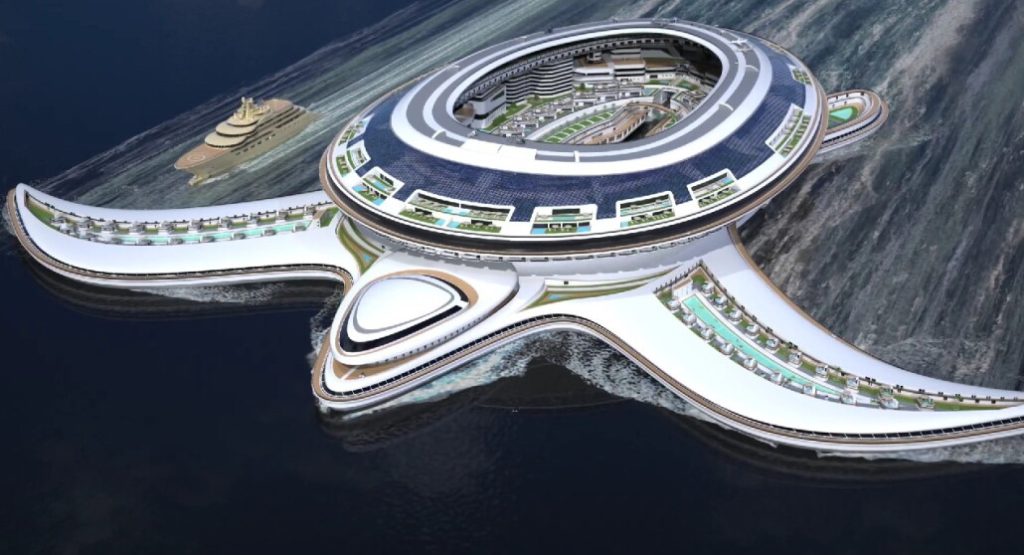 Double the size of the Roman Colosseum, Pierpaolo Lazzarini returns with a new, monumental £6.8 billion terayacht concept. The turtle-shaped vessel known as ‘Pangeos’ is expected to be 550m long and 610m at its widest point. If achieved, this terayacht would become the largest floating structure ever built.

At its peak, Pangeos would be capable of hosting up to 60,000 guests; a floating city for ultra-high-net-worths.

Guests can unwind by staying in one of the many hotels, exploring its plethora of shopping centres, parks, beach clubs, resorts, as well as ship and aircraft ports, according to Italian design studio Lazzarini.

In recent years, Lazzarini has made a name for itself for conjuring up some of the industry’s most daring, out-of-this-world concepts, including vessels that can fly, ginormous on-board garages and futuristic ships that push the boundaries of imagination.

They hope the ambitious scheme dating back to 2009 will soon become a reality following an NFT-related crowdfunding initiative to sell virtual spaces on the watercraft. If achieved, the project is said to take a jaw-dropping eight years to build.

Lazzarini have hinted that the vessel would have its very own shipyard built specifically for its creation, and would be launched out of Saudi Arabia.

“A Terayacht needs a Terashipyard,” the designers said. “The conception of a similar-sized vessel, involves the realisation of a specific shipyard/dam infrastructure that floods to levitate the terayacht when it will be launched.”

“The imagined Terashipyard infrastructure is 650 metres wide and 600 metres long, providing direct access to the sea.”

With 30 metres of draft, the ship’s enormous hull is made up of nine different bows and subdivided into several blocks. The structure also boasts a giant gate aft that allows vessels to enter this floating metropolis.

It would be powered by nine high-temperature superconductor (HTS) engines, each fully electric motor capable of a mind-blowing 16,800hp and powered by various onboard energy sources.

The design team also claim it would be able to use “wings” to cruise without expending too much energy, making this super-structure highly eco-conscious.

“Pushed from a jet drive transmission, the tera-structure will be able to cruise at a speed of five knots,” Lazzarini said.

“While sailing, the large wings will gain energy from the breaking of the waves and Pangeos will cruise perpetually without emissions around the planet Earth’s seas. Further, the rooftop area is lined with solar panels, which provide part of the necessary clean energy to power the terayacht.”

In terms of accommodation, guests will be able to stay in a wide variety of luxury residences, from apartments and houses to “super villas” and royal palaces.

“The virtual spaces of the watercraft can also be purchased under an NFT collection, and users will be able to collect certain content and access the virtual properties with their credentials,” Lazzarini said.

Similar credentials will also be used as a property deposit in case of real construction.

“The terayacht proposal takes its name from Pangea, the supercontinent that existed millions of years ago during the late Paleozoic and early Mesozoic eras,” Lazzarini adds. 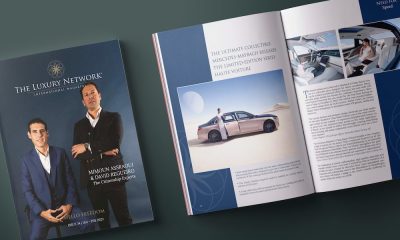